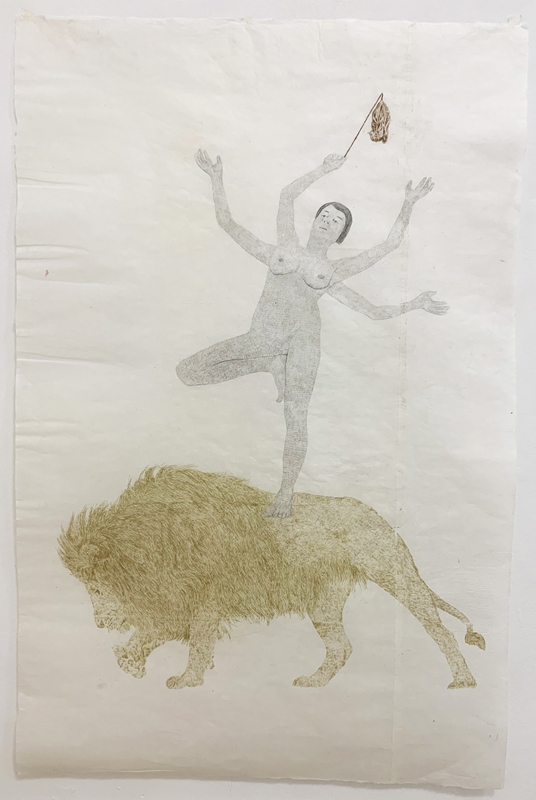 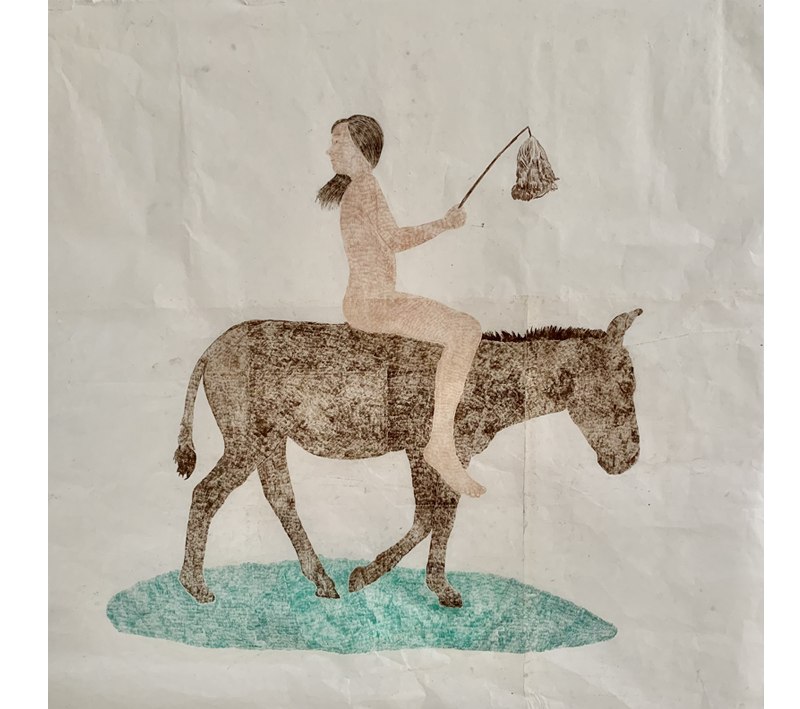 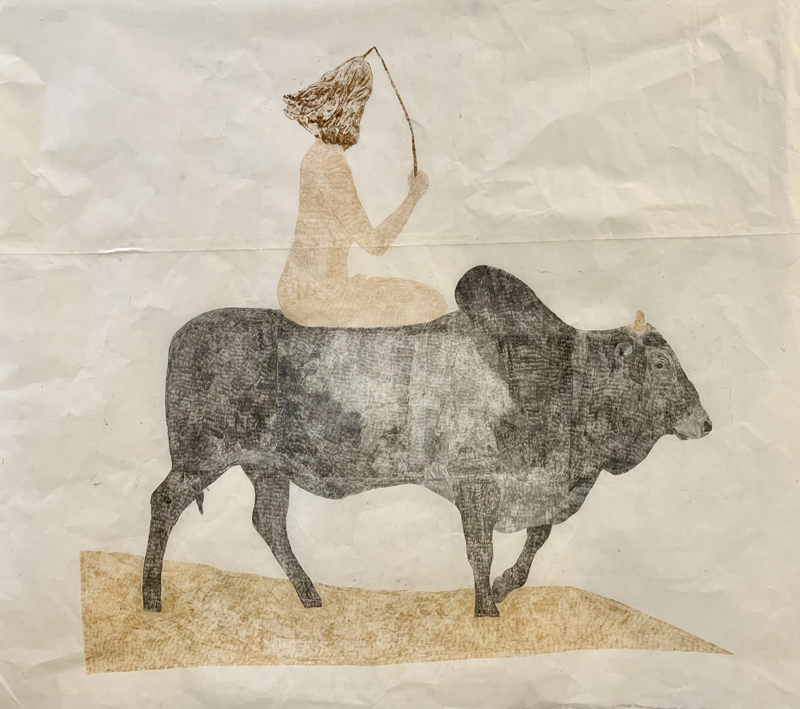 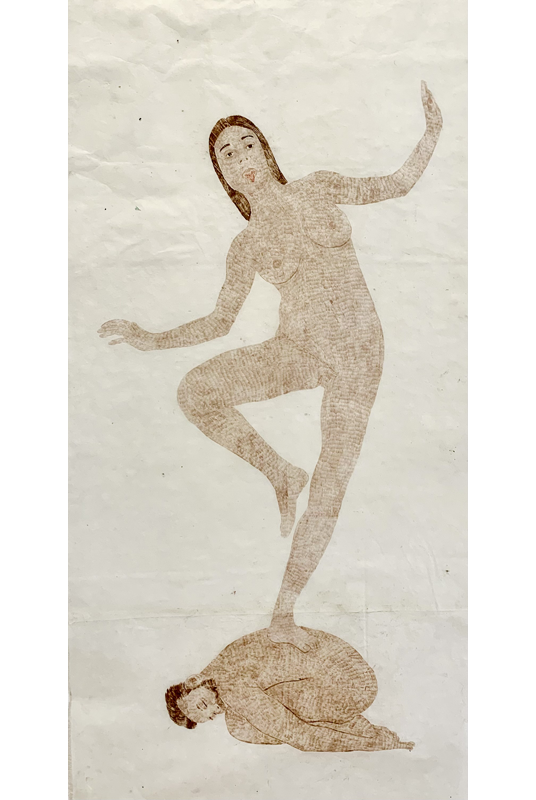 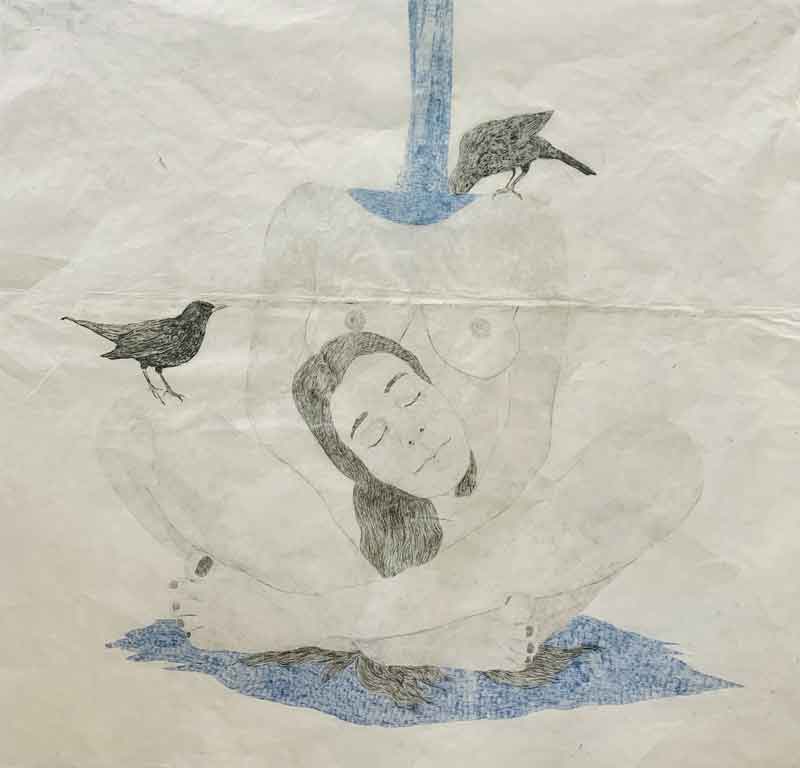 It is not easy to present my research on the induist and vedic mythology because of the enormity of its subject that keeps transporting me from one point to another.

To enter the mythical world of any culture is to face a new and complex discipline and it is necessary to practice, and it is necessary to become accustomed to enter the forest of stories and all the variations of which every story is composed. Myths are stories that culture tells itself, they refer to things that cannot be said but that we experience. It's like the fish that talks about the water.

The first time I ventured into the world of the veda was through two books dedicated to it by the Italian writer Roberto Calasso : Furore and Ka , which I read before traveling to India two years ago. The fascination that this culture had exerted on me was the driving force behind my application to this online residency, with the intention of being able to go deeper into the study of this world, and especially into the possibilities that this imagery could enrich my form of expression.

Having been chosen for this virtual residency in Kolkata, I set out to circumscribe my research around the goddess who seemed to monopolize the cult of the Bengal region, and Kolkata itself. So I began to approach Kali by reading from the internet and listening to videos of researchers talking about her. Obviously Kali does not exist except in relation to a tangle of stories about her and relating her to other deities. Kali like other Hindu deities, takes so many forms.

Having just begun this exploration of a world that is religious and mythical , concerning millions of people who worship the deities I have depicted, I feel a sense of embarrassment in offering you these images, which are freely inspired by deities that many of you know much better than I do.

I therefore ask you to observe these drawings from the point of view that I have assumed, certainly bold and daring, but completely in love with the theme .

Supported by the desire to absorb the stories of these goddesses i did not want to make illustrations of them, instead I let my imagination process the countless images and stories I collected.

I continued to watch the paintings and the sculptures, ancient and recents, and some of them resonated within me so strong that I had to do something with them.

I absorbed these figures deeply and they came out as drawings in which the goddesses were not anymore the same as in the tradition, but the results of their power combined with the other thing I have in my mind.

I am not used to control too much what happens in my imagination: once stimulated it reacts and goes in ways that i just let happen.

This work is a continuation of a previous adventure among mythological creatures in the Divine Comedy, and probably it could not exist without it.

The stories of the myths, the deites and the animals , became something that opened my mind and my drawings into an imaginary that gives me so much freedom that now I feel it’s going to influence my future research.

I have read somewhere this sentence by the Latin writer Sallust , which I love: Myths are stories that never happened but that always are. There is something strong in the stories that connect with some parts of the interiority , is something powerfull and that can give some freedom.

There are a few points I would like to clarify about the this research of mine :

I was asking myself why is it so important to go so far into the past through the exploration of the myths. I believe it is important to regress into the past because of the possibility it offers to produce present. Myth is one of the forms of knowledge. A form of knowledge that today is devalued and relegated to folklore by society's enlightened and rationalistic tendencies. If myth is a form of knowledge, it addresses areas that we cannot know except through myth. Myth is a form of shock with respect to what mainstream culture is, and it can also be useful as a shock. Because knowledge is metamorphic and one becomes what one knows. I would not have the chance to explore methamorphosis without mythology. Metamorphosis is the courage and strength that one gives to oneself to morph. And changed has happened within me, in particular within my art practice.

Durga rides a lion or tiger, symbolizing her warrior nature

Title : TARA AND THE 2 BIRDS

For more information on each work, visit my studio space.